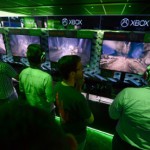 Four men, between the age of 18 and 28 have been charged with hacking into Microsoft computer networks as well as the US Army’s. The four are allegedly members of the international computer hacking ring.  Some of the software technology stolen included Apache helicopter training software, Xbox One gaming console, the Xbox Live online gaming service and pre-release copies of popular... Read More