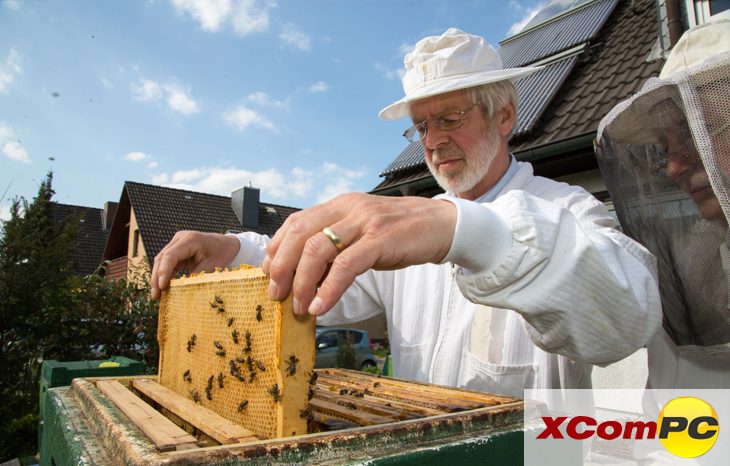 Stop for a second and picture a world with no flowers, fruits, vegetables or any of the other foods that we’ve grown accustomed to enjoying. This could very well be our fate if the number of pollinators, like honey bees, continues to decline. Thankfully, there are initiatives to try and combat the declining population, including one with the World Bee Project, founded by Sabiha Rumani Malik, and a partnership with Oracle that involves utilizing the internet of things (IoT) and artificial intelligence (AI) technologies.

What’s behind the bee decline?

Pollinators are in decline for many reasons, and according to the Intergovernmental Science-Policy Platform on Biodiversity and Ecosystem Services (IPBES), these reasons include:

Even with all the ways bee populations are declining, until recently there had been little work to try and stop pollinators from dying.

Bees and other pollinators (like butterflies) are responsible for plants to be able to produce seeds and are vital for plant reproduction. Furthermore, the USDA states that three-quarters of flowering plants and 35 percent of all food crops require pollinators to exist. In fact, California’s almond crop depends on bees so much that most U.S. beehives are shipped in each year to ensure the almond trees are pollinated.

Where does Oracle come in?

Beginning in 2014, the World Bee Project began to devote resources to monitor “the global honey bee population.” The World Bee Project is composed of scientists who are studying the bee population decline in order to relay possible solutions to the farmers, beekeepers, governments and other organizations invested in bees. In 2018, Oracle began using IoT technologies to monitor bee colonies.

These technologies included microphones and cameras to track any invasive predators attacking colonies as well as sensors to collect data about the hives themselves.

Microphones have proven especially helpful as sound is an important factor to determine the health of a hive. Microphones (and cameras) are able to detect the presence of hornets around beehives. Hornets, like the Asian giant hornets (also known as a murder hornet), can decimate a bee colony; however, since the sound a hornet’s wings make is different from those a bee makes, AI is able to pick up on the difference and relay the information to beekeepers about the threat.

Given that several dozen Asian giant hornets can kill an entire hive of bees (containing thousands) in just a few hours, being able to have advanced warning could be the difference between losing a few bees to losing the colony. Moreover, as Asian giant hornets are new and invasive to the U.S., the ability to track their potential spread could prove useful as well.

Other critical data points include:

All of the data that’s collected is then sent to the Oracle Cloud where AI algorithms analyze the data. These supplicated algorithms are able to detect patterns that make it possible to try and predict how the hive is going to behave.